I hope you have had a good weekend.
We have had a mixed bag of weather here but it has meant that I did manage to get a project made for today's post.

A couple of weeks ago Andy Skinner was on HOCHANDA with a range of products.  I love a bit of an industrial style and also the rust effect so I decided to invest in a set of his Industrial Elements chipboard from Tando to have a play with.  I have recently started collecting the Decoart fluid media range of paints as well as some of the other mediums so I took the opportunity to combine them together.

I am entering this project into the following challenges...

Here is the finished piece... 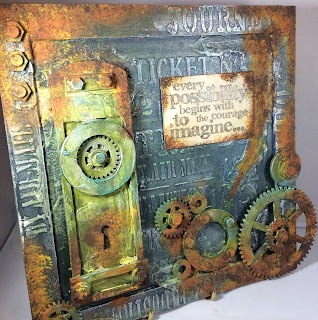 I started with an MDF frame from Bee Crafty on which I used the Andy Skinner Industrial stencil with modelling paste.  I also added some of the Decoart crackle paste using a palette knife for extra age and texture... Whilst this was drying I put together parts of the Industrial Elements attaching them with Cosmic Shimmer glue.  Everything was given a coat of white gesso to provide a base for the other mediums and then Decoart media fluid acrylic was used to provide some colour (Payne's grey and hansa yellow light).  To increase the metallic look I also added some Lindy's stamp gang sprays... 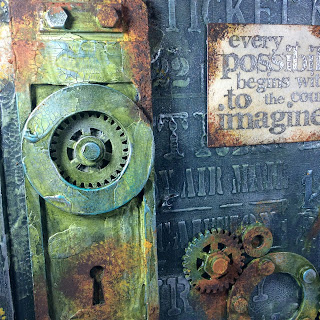 Some silver Pebeo gilding wax and patina creative expressions wax were added to the raised areas and then the pieces added to the frame using 3D matt gel.
To create a more aged look Finnabair rust pastes were used in areas of the project... 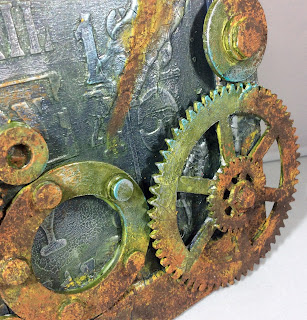 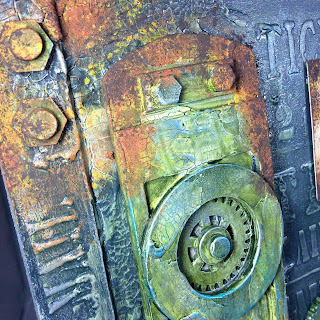 Finally a sentiment from Tim Holtz was stamped using smoky grey Versafine ink and clear embossing powder added over the top.  Distress inks were used to create an aged finish (tea dye, vintage photo and black soot) as well as some more of the rust paste... 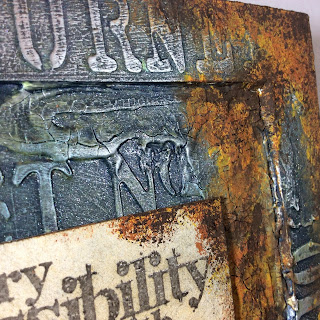 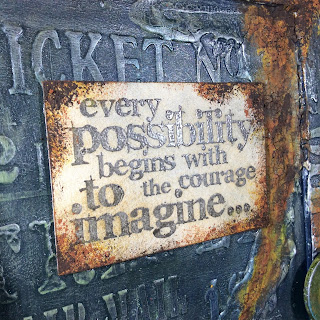 The chipboard elements were great fun to work with and had a good thick quality that made them ideal for using with all the mediums.
I will be back on Wednesday with another project so until then I hope you have a good start to the week,
Jane x
﻿ 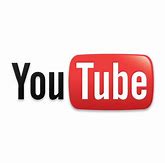